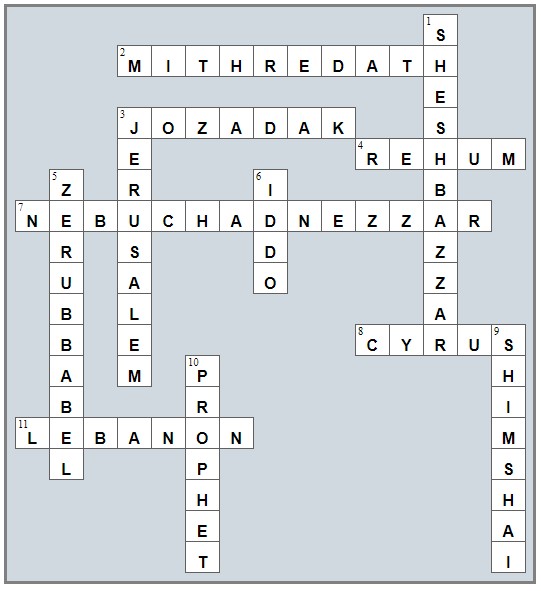 1. Who bought out the articles of the house of Lord which nebuchadnezzar had carried away from Jerusalem and put it in the house of his gods?
CYRUS
2. Who was the treasurer of the Persian king Cyrus?
MITHREDATH
3. Where was the people gathered as one man on the seventh month?
JERUSALEM
4. Who was the father of Jeshua?
JOZADAK
5. Son of Shealtiel?
ZERUBBABEL
6. What was the name of the chancellor?
REHUM
7. Father of Zechariah?
IDDO
8. Who laid the foundation for the house of God in Jerusalem?
SHESHBAZZAR
9. What was the name of the Scribe?
SHIMSHAI
10. Who was Haggai?
PROPHET
11. The king of Babylon, who destroyed this house, and carried the people away into Babylon ? 5.12
NEBUCHADNEZZAR
12. From where the cedar trees brought,  according to the grant that they had of Cyrus king of Persia?
LEBANON 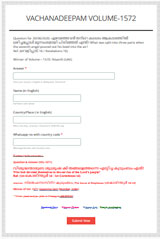